"Water links us to our neighbor in a way more profound and complex than any others."
– John Thorson

The Fund for Lake Michigan was established in conjunction with the resolution in 2008 of disputes concerning the Oak Creek Power Plant and Elm Road Generating Station in southeastern Wisconsin. The agreement establishing the Fund provides for payments of four million dollars each year from 2011 through 2035 to fund projects to improve the health of Lake Michigan. An Oversight Committee of Trustees manages the Fund, establishes grant-making priorities and guidelines, and makes funding decisions. Trustees of the Oversight Committee include utility representatives from We Energies, Madison Gas and Electric Company and Wisconsin Public Power Inc., and representatives from Clean Wisconsin, the Sierra Club, and the Wisconsin Department of Natural Resources.

The Greater Milwaukee Foundation serves as our fiscal sponsor and grant administrator. This lets us avoid costs associated with establishing an independent organization. Arabella Philanthropic Investment Advisors provides strategic support to the Fund and houses the Fund’s staff. 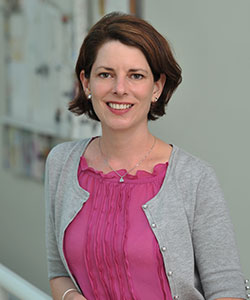 Executive Director, Fund for Lake Michigan Under Vicki Elkin’s leadership, the Fund has invested $22.9 million in 357 collaborative and innovative Lake Michigan watershed restoration projects. Previously, as Executive Director of Gathering Waters Conservancy, Vicki helped grow the state’s land trust community from a handful of mostly volunteer groups to over 50 organizations with a combined membership of 45,000 individuals and a portfolio of more than 200,000 acres of protected land. From 2006-2009, Vicki led Gathering Waters’ successful and bipartisan efforts to pass the sweeping Working Lands Initiative into law and to increase funding for Wisconsin’s nationally-recognized public lands fund, the Knowles-Nelson Stewardship Program, to $86 million a year. Vicki was also Policy Initiatives Advisor to the Secretary of the Wisconsin Department of Agriculture, Trade, and Consumer Protection (DATCP), where she led farmland preservation, renewable energy, water quality, and sustainability initiatives. Vicki holds an M.S. in Land Resources from the University of Wisconsin-Madison and a B.A. from Oberlin College in Ohio. 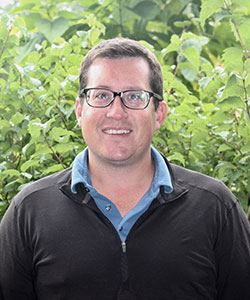 Program Officer, Fund for Lake Michigan Casey Eggleston has served as the Fund for Lake Michigan’s Program Officer since 2014, overseeing over 350 grants from Kenosha to Marinette. A native of Rio, Wisconsin, Casey has a particular fondness for conservation agriculture and projects that address nonpoint source pollution. Casey has a long history of working to protect natural resources in Wisconsin. From 2006 to 2014, he served as the Director of State Government Relations for the Nature Conservancy’s Wisconsin Chapter. During this time he played a lead role in the re-authorization of the Knowles-Nelson Stewardship Fund, a highly successful public-private partnership that invests millions each year in the conservation of Wisconsin’s natural treasures. Prior to joining the Nature Conservancy he was a policy analyst for the Wisconsin State Senate. Casey holds an M.S. in Economics from the University of Essex (England) and a B.S. from the University of Wisconsin-Madison.